I have wanted to improve my Kingston DataTraveler 2.0 for a while now. I didn't like the plastic case for it, and the silver paint had almost all flaked off, resulting in an ugly gray surface. 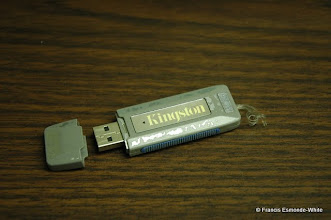 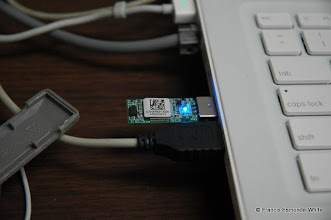 So while I was trying to make optical scattering standards, I cast my usb-drive into urethane. I milled the edges off of two plastic cuvettes, then taped them together and sprayed mold-release into the resulting container. 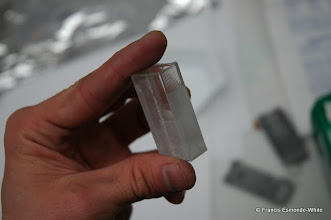 I cast the urethane in the mold, with the USB drive (held by it's original cover) hanging down into the urethane. 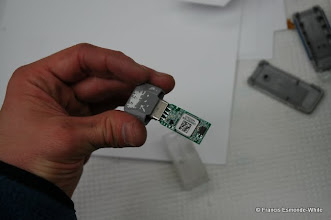 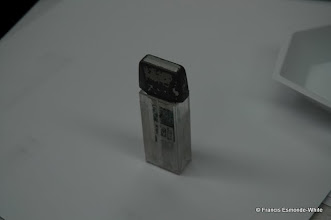 After pouring in the urethane, I put the whole thing under a vacuum while it cast. 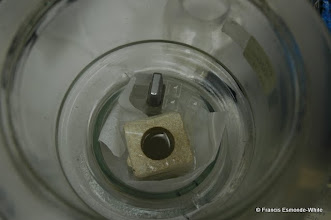 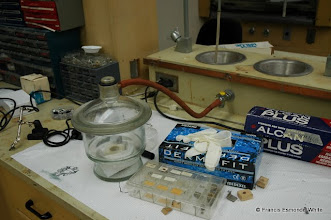 I pulled it out the following monday morning, and the urethane was still gummy. It was approximately the hardness of a (new) Staedtler eraser. The following day it hardened to the hardness that I expected, harder than plexi-glas. 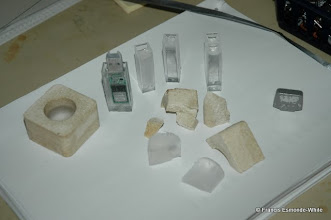 Then I milled the casting down using our Taig micromill, and milled my family-crest into the surface. 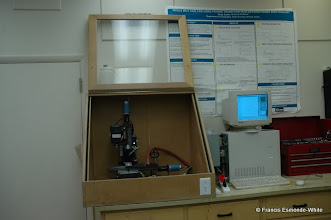 To create the g-code for my family crest, I took a digital photo of both my ring and my father's ring, and using Inkscape I traced the crest (using only straight line-segments). I exported a DXF file from Inkscape, and then used matlab to convert the DXF file to g-code, since the CAM program I use to drive the mill doesn't do a very good job of importing dxf files. Here is the dxf-to-gcode matlab script. 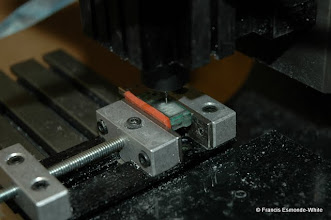 It turned out well.